Media and clever milk advertising have people believing that the best way to prevent osteoporosis (bone degeneration) and to build strong bones is by consuming milk. In fact sudies show that the best way to increase bone density is weight bearing exercises (i.e. strength training). One study, using three groups of women over the age of 80, had one group taking 750 mg of calcium every day, one group exercising 30 minutes a day, 3 days a week, and the control group performing neither of these activities. Three years later, the control group had lost bone mass, while the other groups had gained bone mass. The weight-training group had the biggest gain of about 5.5% more than the control group. Another study of women, 25-34 years old, showed that a combination of regular exercise and high calcium intake by supplements could build bone mass by 15% in the lumbar spine. This is one of the most troubled places in the later years of life. The results suggest that calcium and exercise build bones and protect against osteoporosis better, while in combination.

As we age, bone density is lost, hence, the bones become more fragile. Strong healthy bones provide the rigid framework of levers that make normal movement possible. For example, that exaggerated posterior curve most commonly affecting our older population, the humpback syndrome called Kyphosis, is directly related to lack of bone density. Another problem related to weak bone density is chronic hip pain, which is usually followed by an extreme lack of mobility. Calcium is the most abundant mineral in the body. Of course, everybody knows that calcium is great for strong bones and teeth. But calcium also helps with muscle contraction, nerve transmission, blood coagulation and the activity of the heart. The best known source of calcium in foods are in dairy products such as cheese and milk. One of the problems with these products are that they are typically high in fat.

Another problem is that a large portion of the population has digestion problems with dairy products. Other great sources of calcium that are frequently over-looked are vegetables which would include broccoli, kale and turnip greens.Calcium supplementation should definitely not be overlooked either as it is very important. Daily recommendations for women are at least 1000 mg, but after menopause should be increased to 1500 mg. It is recommended that men take at least 800 mg daily, while young adults 11 to 24 years of age should take 1200 mg. In essence it’s never too late to start a weight program. As discussed earlier, bone density can be increased at any age. Building strong bones is not only for the present, but for the future as well. Our goal should be to stay functional, mobile and strong throughout our elderly years.

As Seen On NBC… 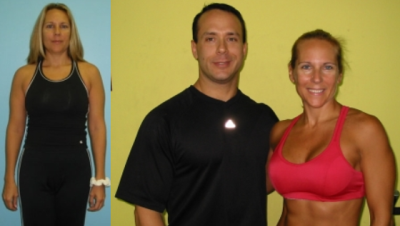